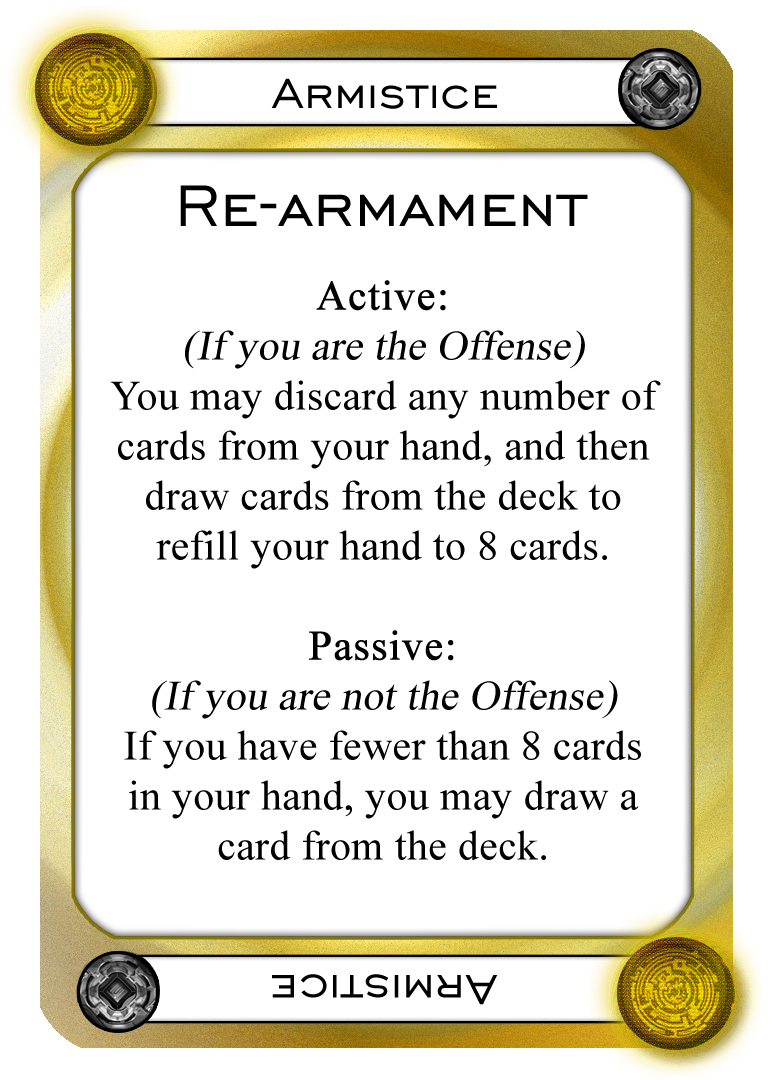 Armistice cards represent times when the forces that drive the constant warring in cosmos subside and instead provide opportunities for a race to advance itself without conflict. Other races can take advantage of this lull in hostilities but not to the same extent.

When an Armistice card is flipped the player whose turn it is immediatly decides whether to take advantage of it. If he chooses to do so he immediatley carries out the instructions listed under "Active:", then players in turn from his left may choose to carry out the instructions listed under "Passive:". Whether or not a player decides to take advantage of the card play jumps straight to an interphase where the active player is considered to have made a successful challenge.

If the offensive player declines to use the Armistice card, no other player may take advantage of the card, and the next card from the Destiny pile is flipped.

When an Armistice card is flipped there is no challenge and no defensive player/colour. Powers such as Assassin, Dictator, Disease, Will have no effect.

These cards are available in PDF format here.